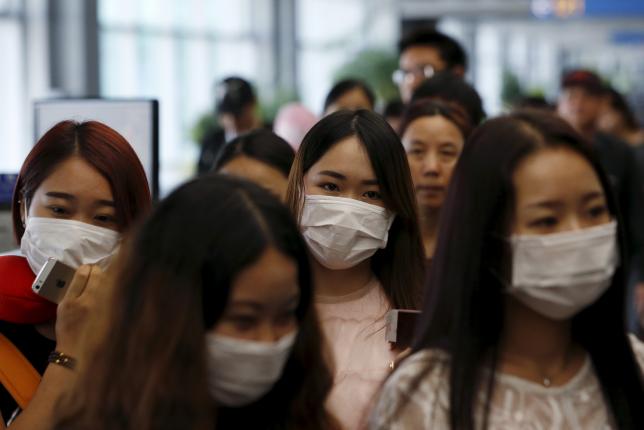 The Middle East respiratory syndrome is a viral life-threatening infection caused by the coronavirus (MERS-CoV).

Signs and Symptoms of MERS

Although uncommon, these symptoms may be present:

The exact source is unknown. However, camels and bats are suspected to be the main host of origin for these viruses. Camels are reported to be able to carry these viruses but it cannot be explained how many of the humans got infected without having any direct contact with camels. Bats can also carry and they often feed on fruit that’s harvested by people, so that is another possible route.

What does the virus do to the human body?

One of the most important cells of the human immune system is the macrophages. These macrophages help to eliminate any infections.

MERS-CoV can establish a productive infection in the macrophages. This induces a release of pro-inflammatory cytokines leading to:

These manifest clinically as severe pneumonia and respiratory failure. The cells of the lungs are infected the most by MERS-CoV.

Both SARS and MERS are relatives and have come from the Coronaviruses. They are a large family of viruses that can cause a range of illnesses in humans, from the common cold to the Severe Acute Respiratory illnesses (SARS). Viruses in this family also cause a number of animal diseases. Compared to SARS, MERS-CoV appears to be more severe and have been reported to be the cause of death to more people (40% versus 10%), more quickly and especially more severe in those with pre-existing medical conditions.

MERS is a global threat

Since the discovery of MERS in 2012, it is considered a pandemic threat to the Gulf region. However, MERS-CoV has now reached about 23 countries affecting thousands of people.

Although MERS have been reported in US, UK, France, Germany and other countries, strict measures have been taken to stop the spread and since then there has been a decline in the numbers infected.

However, people in South Korea are still facing the problems of MERS and about 2,300-plus people are quarantined and 1,800 schools closed in South Korea due to the fast spreading of this virus.

The Ministry of Health (MOH) in Singapore continues to closely monitor the recent progress on research regarding MERS-CoV infections. As of now, no cases of MERS-CoV have been detected in Singapore. Nonetheless, given today’s globalised travel patterns. Awareness and strict precautionary measures should be undertaken.

Who is at risk of being infected?

How does MERS-CoV spread?

The average incubation period has been reported to be 5 days but there are cases that occurred up to 14 days after exposure. Incubation period refers to the amount of time when a person is first exposed to the virus and when the symptoms starts to occur.

How is MERS diagnosed?

There are two main ways to determine if an infection is with MERS-CoV. 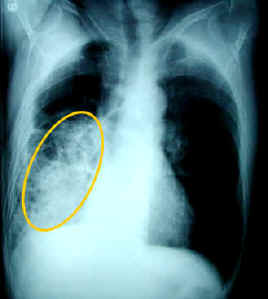 Fig 1: Pneumonia in the Right lung

How to prevent and treat MERS?

There is no known vaccine for MERS and no known medications that have been proved to be effective for the treatment of coronavirus infections. Clinical research is still working on establishing an effective treatment.

Infection prevention and control measures: Especially in healthcare settings, this is important to prevent the possible spread of MERS-CoV.

Early identification of people with MERS-CoV is difficult as like other respiratory infections, the early symptoms of MERS-CoV are non-specific. Therefore, standard precautions should be taken with all patients, regardless of diagnosis.

Until research reveals more about MERS-CoV, people with diabetes, renal failure, chronic lung disease and people with compromised immunity are considered to be at high risk from MERS‐CoV infection. Therefore, these people should avoid close contact with animals, particularly camels when visiting farms, markets or barn areas where the virus is known to be potentially circulating.