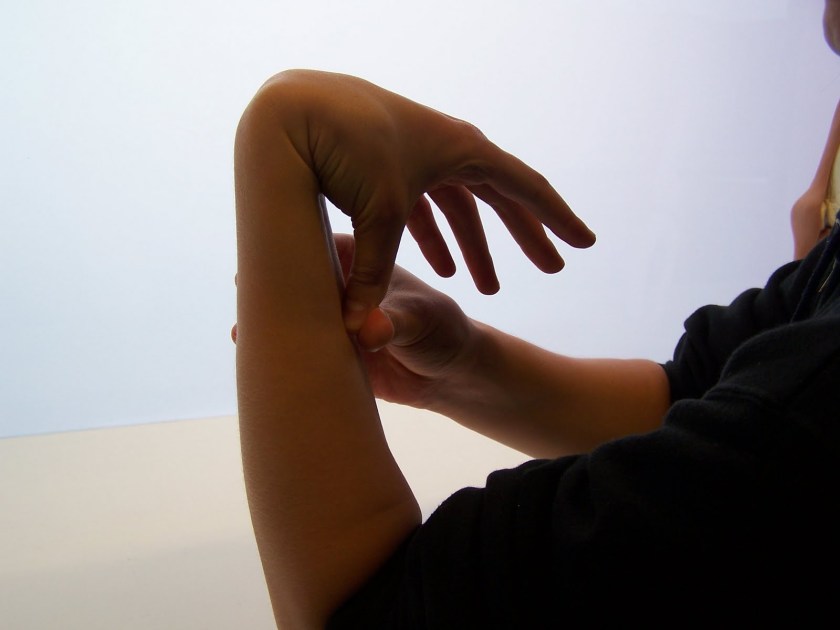 Our joints are responsible for movements and stability (e.g ability to maintain and control movements in your knees). Different joints have varying degrees of inherent stability considering its function, the way it articulates, anatomical position, load-bearing capacity, strength and flexibility of the soft tissue structures (muscles, ligaments, and fascia).

You are said to be ‘hypermobile’ when you have the ability to move your joints beyond the normal range of movement. Sometimes it’s also called ‘double-jointed’. This condition is fairly common in the general population and might sometimes become an advantage for athletes or dancers.

Having said that, there are different problems related to hypermobility. The most important being the lack of stability in the joints.  One may be predisposed to soft tissue structure injury and experience excessive muscular stiffness.

‘Hypermobility’ – How did I get so flexible?

The exact cause is unknown. Due to genetic problems, it can be seen among infants at birth with sometimes a possible decline in hypermobility during childhood, teens and adulthood. An improper gene resulting in joint laxity is due to the lack of collagen, elastin and fibrin proteins which usually help with the stability of joints, tendons and ligaments.

Without having inherited laxity in the joints, many ballet dancers and gymnasts get hypermobile as they push the joints to the hypermobile range while working to get the flexibility to perform. Intense and excessive stretching of the muscles and soft tissue structures can also lead to hypermobility.

When do we say you have a Hypermobility Syndrome?

Individuals who suffer from chronic joint pain and other symptoms related to their hypermobility have a condition called joint hypermobility syndrome (JHS). As the name suggests the most affected part is the musculoskeletal system.

Due to hypermobility, the risk of injury to the joint structures, ligaments, tendons and other ‘soft tissues’ around joints are increased. In addition, the structure of the collagen fibres and the shape of the bone (articulating surfaces) both play a major role. Even a lack of neuromuscular tone and proprioception could be the contributing factors to this condition.

There is no specific activity that can trigger pain. For some individuals, repetitive movements, overuse, excessive weight bearing or even simple activities of daily living can cause pain.

Although pain and fatigue are the common complaints, the range of symptoms could be wider considering that cardiovascular and endocrine system could also be affected.

Are my symptoms related to Pain and Fatigue syndromes or is it because of Joint Hypermobility Syndrome?

Hypermobility predisposes people to developing Chronic fatigue syndrome (CFS), Fibromyalgia (FM), Chronic Regional Pain Syndromes (CRPS), Chronic Widespread Pain (CWP). In simple words, someone with hypermobility may have other pain and fatigue syndrome. However, people with pain and fatigue related syndromes may not be hypermobile. Thus, a careful diagnosis is necessary.

In some cases, people may have inflammation in their joints but no presence of abnormalities of their blood tests (so called seronegative inflammatory arthritis). Similarly, confusion is very common among clinicians to come to a particular diagnosis with the number of pain and fatigue syndromes associated with the joint hypermobility syndrome.

Most clinicians use the Beighton score which is a nine-point scoring system that looks for hypermobility. In the thumb, elbow and knee on both sides of the body and the ability to bend forward and place the palms of the hands flat on the floor without bending the knees. Hypermobility is often found at the jaw, neck, shoulders, other small joints of the hands and feet, hips, ankles and mid-foot, sticking to the Beighton scoring method is not enough in clinical examination. A high degree of applied musculoskeletal expertise and knowledge of the condition will be required to address all the problems.

If someone has been diagnosed with hypermobility and symptoms of pain, it is advisable that particular care should be taken with physical treatments. Avoiding activities that would strain the hypermobile joints.

Treatments should focus on improving the functional stability and mobility of the soft tissue structures. Awareness such as perception of correct posture with neuro-muscular proprioceptive training. Maintaining an active lifestyle with lifestyle modification. Even simple things like nutrition and balanced diet to maintain optimal body weight will be beneficial.